For a child h 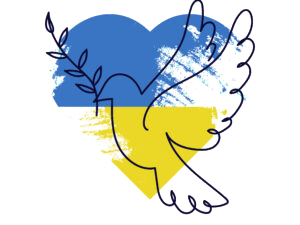 as been born for us,
a son given to us;
authority rests upon his shoulders;
and he is named
Wonderful Counsellor, Mighty God,
Everlasting Father, Prince of Peace.

Clicking the picture will take you to Kairos website where they talk about speaking up for peace.

Like last week’s discussion, I wanted to continue the conversation on what it means to enjoy peace as the people under the Prince of Peace.

When we began a summer concert series in our church parking lot, we called it, “Peace on the Hill Concert.” We learned a few things, having these series of concerts during summer months. Having a free concert did not mean that people wanted to enjoy it. Most people walked by on Lundy’s Lane as if the concert was something to avoid. It did not matter whether they liked the music or not. If they did not know about the concert, then, they were not even curious about it. Then there were those who seemed to show a bit of interest, but from afar. Some people deliberately crossed the street to the other side, stood there looking in, before they continued on. They were very cautious. Verbal invitations only pushed them away farther. It appeared that most people did not want to be part of this peace on the hill stuff. No one wanted peace!

You may wonder why in Ukraine, there is no talk going on for peace while people are dying in this dreadful war. Some people argue that there cannot be peace talks until Russia pulls out. Others argue that peace talks must take place while battle rages. Building peace is hard work. It requires intent, effort, and resolve. Sometimes it is easier to fight than hold a meaningful peace talk. This effort does not bring pleasures as much as we like it to. Peace is often the work of someone else so that I can enjoy life. For example, we say that the peace we have in Canada is due to sacrifices of men and women who fought in WWII. Peace is essential. Without peace, pleasures one enjoys are from the dark side of life.

As the people who belong to the Prince of Peace, we see that it took Jesus’ life for us to receive the peace, “Peace I leave with you; my peace I give to you. I do not give to you as the world gives.” (John 14:27) Sharing this peace with the world requires very constant, diligent, and intentional work that requires our full resolve to lay down our lives for others. It is slow, boring, and not as pleasurable as we like it to be. No wonder so many turns away from the actual work of building peace. Yet, we are in this work fully as those who follow the Prince of Peace.

Marking the 150th Anniversary of his birth

John McCrae was born 150 years ago (Nov. 30, 1872) in Guelph, Ontario. McCrae grew up in a Presbyterian home that gave him a deep sense of his duty to use his gifts in the service of others. His father was passionate about the military, and both John and his brother served in the cadet corps and the militia in their youth. He went to the University of Toronto for undergraduate and medical degrees. Upon the completion of his medical degree, he interned for the famous Canadian doctor William Osler, before accepting a fellowship in pathology at McGill University.

It was now 1899, and McCrae postponed his studies to fight in the South African (Boer) War. McCrae, commissioned a lieutenant in the Royal Canadian Artillery, distinguished himself and was a popular officer. His letters to his mother, parts of which were published in the Guelph Evening Mercury, give a fascinating account of his wartime experience. His poem “The unconquered dead” is about his experience in South Africa – a stanza reads:

Some yielded, No, not we! Not we, we swear
By these our wounds; this trench upon the hill
Where all the shell-strewn earth is seamed and bare,
Was ours to keep; and lo! we have it still.

The implication being that the dead who speak in this poem are buried on that hill, an image McCrae used again “In Flanders Fields”.

Following his time in South Africa, McCrae returned to Montreal in 1901, he developed a reputation as an excellent pathologist. Eventually, however, he turned to clinical work. He became a lecturer in medicine at McGill in 1909. He was described by a friend and mentor as “the most talented physician of his generation.”

McCrae, a popular social figure in Montreal, belonged to the University Club, the Montreal Military Institute, and St Paul’s Presbyterian Church. Among his friends he counted Governor-General Lord Grey, Stephen Leacock, and other influential figures from government, business, and the university.

McCrae wrote poetry much of his life. Many of his later poems had religious themes, such as “Eventide” quoted in total here:

The day is past and toilers cease;
The land grows dim ‘mid the shadows grey,
And hearts are glad, for the dark brings peace
At the close of day.

Each weary toiler, with lingering pace,
As they homeward turn, with the long day done,
Looks out to the west, with the light on their face
Of the setting sun.

Yet some see not (with their sin-dimmed eyes)
The promise of rest in the fading light;
But the clouds loom dark in angry skies
At the fall of night.

And some see only a golden sky
Where the elms their welcoming arms stretch wide
To the calling rooks, as they homeward fly
At the eventide.

It speaks of peace that comes after strife
Of the rest He sends to the hearts He tried,
Of the calm that follows the stormiest life –
God’s eventide.

With the outbreak of World War I in 1914, McCrae, now 41 years old, used his influence to become a major and brigade surgeon (and unofficially second in command) of the 1st Brigade, Canadian Field Artillery, in the Canadian Expeditionary Force. McCrae believed injustice must be fought against, whatever the sacrifice. His brigade was moved in April 1915 to Belgium, to a quiet section in the Ypres (Ieper) salient, which was held by Canadian infantry. On 22 April the Germans attacked on the salient, using deadly chlorine gas for the first time in the war. Half McCrae’s brigade died over the next 17 nightmarish days of battle.

The poem for which McCrae is chiefly remembered, “In Flanders fields,” was written at a moment during those 17 days as he was waiting for the wounded to arrive at his dugout. ​The poem made the poppy the enduring symbol of the war dead of the British empire. In June 1915 McCrae became lieutenant-colonel in charge of medicine at No.3 Canadian General Hospital, an army hospital in France staffed by friends and colleagues from McGill. Some friends hardly recognized the exhausted man who joined them, speaking of a drastic change in his temperament as if “an icon had been broken.” He insisted on living in a tent like his comrades at the front and had to be ordered to the heated huts when the winter badly affected his health. On Jan. 28, 1918, McCrae died of pneumonia and meningitis. He was buried with full military honours in the cemetery at Wimereux, France.

As one of his biographers writes, using a line from In Flanders’ Fields, “He would have broken faith had he lived while so many died.”

(This piece leans heavily on John Prescott’s entry in the Dictionary of Canadian Biography on John McCrae. The poems are taken from the slim volume of poems John McCrae, In Flanders Fields & Other Poems and was written by Peter Bush.)

Goal: $20,000
In order to carry on our ministries, we are asking you to help us raise $20,000 on top of the regular offerings. You may choose to help us with small amounts weekly or monthly. Another way is to make a one time donation. Whatever you can help will be greatly appreciated.

Remember to pray for the Church and the world in this very difficult time. 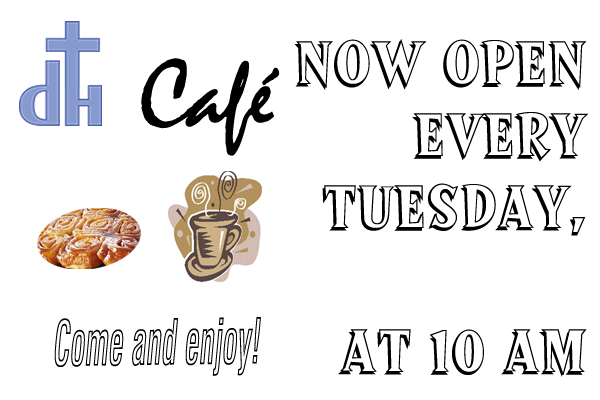